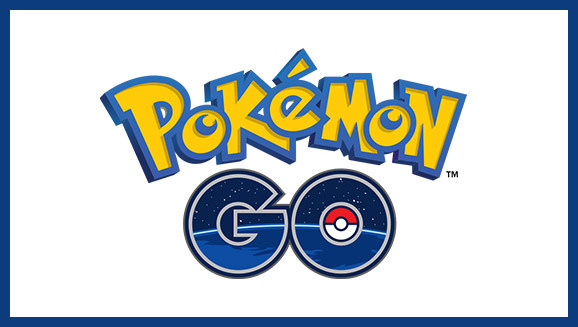 Yesterday I attended Edcamp Leadership South Jersey for another great day of learning with fellow educators.  As usual, there were a lot of fascinating sessions to attend.  While we were watching the session board fill up, I was chatting with Brian Costello about the world’s obsession with the new Pokemon app.  I have never been a Pokemon player, but I am a casual player of Ingress, a similar app also by Niantic Labs.  Brian and I started discussing the popularity of both games, and wondering how we could leverage our students’ interests in these games in an educational setting.  We got so involved with our conversation that we decided it needed its own session.

If you are not familiar with Pokemon Go or Ingress, they are both location based virtual reality games.  In Ingress, you play on one of two teams to capture ‘portals’ in locations around you.  In Pokemon, you can find and capture various Pokemon critters in similar locations.  Both games require you to physically move around and walk to different locations (exercise is always a good thing!), and most of the key locations in the games are culturally and/or historically significant.  These may include places like churches, statues and monuments, places of government, and other areas of interest.  In Ingress, you can also complete side missions, where you need to hack or capture specific portals in an area.  Having only downloaded Pokemon yesterday, I am not as familiar with how that app works…yet.

The big questions becomes can and how do we use these apps that are so engaging for students in an educational manner?  One of the first ideas we had was about safety and digital citizenship.  Both apps require a multitude of permissions when you install them, including accessing contacts, cameras, and more.  This is a great opportunity to discuss the importance of online safety and being aware of what you are allowing access to.  Most kids (and many adults, too!) just click away allowing apps access to all parts of their devices without really thinking about what it means.  Let’s use this as a teachable moment to make students aware of what those permissions actually mean.  It’s also a good time to discuss physical safety as well as digital.  There have been a rash of news articles about people getting into trouble with these apps by not paying attention to the real world around them.

Once past the initial installation ideas, the discussion turned to other ways to use these apps.  The first one to jump out at us was the social studies aspect.  With most of the important areas in the games being significant in terms of culture or history, it can be easy to launch discussions about the places themselves.  Why is this location important?  What happened here?  How does this place impact our culture and community?  How does it relate to the other key areas around it?  I can see these questions becoming a great starting point for research and inquiry based projects within the community.

Another subject that lends itself well to integration is math.  You can tie in many different math concepts, including simple ones such as distance and measurement.  Beyond the basics, students can use math skills to determine the most effective/efficient ways to capture portals of specific levels.  Here are some examples of using math skills with Ingress.  Brian also shared a presentation on Ingress in Education from ISTE that has some other methods of using math with Ingress.  We also discussed how we can use both apps to teach about collaboration skills.  Students can team up and work together to complete missions in-game.

While both apps can lend themselves well to education, there are also some drawbacks.  Both apps are battery hogs, and can quickly drain power from your devices.  They both require a data connection to work, and if WiFi is not available, you can really rack up the data charges from your provider.  This can be particularly concerning if students are using their own devices.  The need to move around physically can be both a plus and a minus.  You may not be in an area where there are many key locations, and the logistics of traveling with students can become a nightmare.

Conversation then turned to ways of using the concepts behind the apps in the classroom without the apps themselves.  We have a few ideas we’re tossing around, including using Google Maps to create our own Pokemon or Ingress style games that can be played on devices within the school building.  We also discussed using Google Forms and the new quiz feature to make places on the maps ‘hackable’.  As we brainstormed, we also kicked around ideas of using tools such as Aurasma and Goose Chase to help make our own VR style learning games.  Now if I just had more free time…

Are you using Pokemon or Ingress in an educational setting?  Have other ideas on how to use them?  I’d love to hear from you in the comments!