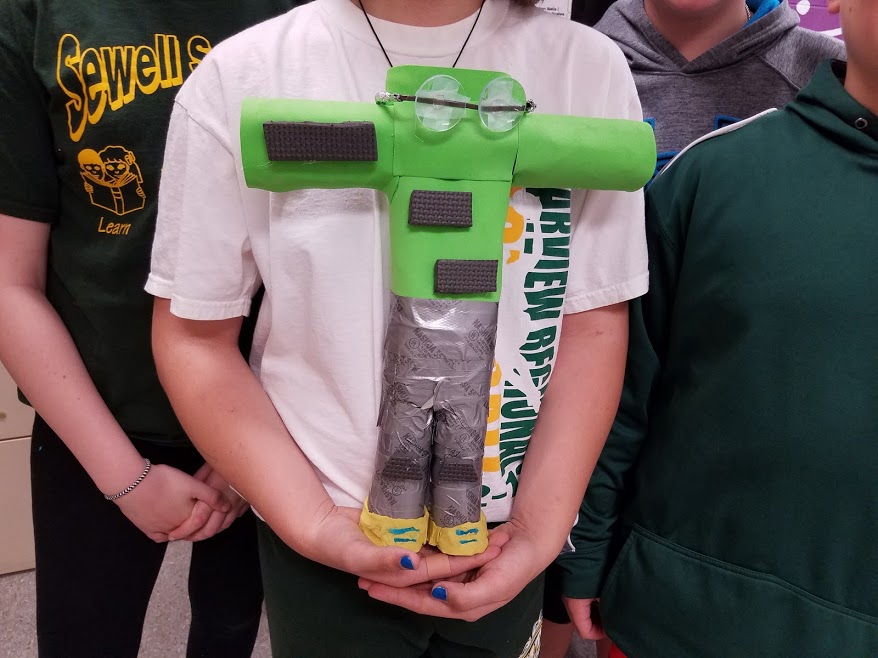 I asked several of my students to write up short posts about the Extraordinaires project if they were so inclined, and here is the first one from Michael.

All the classes in JMT did the create your own invention to help someone. There was challenges like clothing ,buildings,vehicles,gadgets,and inventions.  There was many people who needed things for example spy,knight,robot,astronaut,etc.  My group had to do clothing for a bullied vampire teen.  He did parkour and was affected by the sun.  We made an outfit where he had a pair of pants,shirt,shoes,and glasses.  It had a button for nighttime and daytime.  The outfit would shade life sunglasses and at night it was unshaded.  In my opinion the project was a very helpful for kids with a small imagination it would expand their imagination.  You worked with a group so everyone would have different ideas.  So it wasn’t just a your own project it was your group.  Remember there is no I in team!!!! 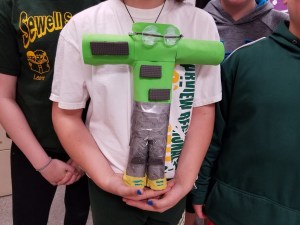