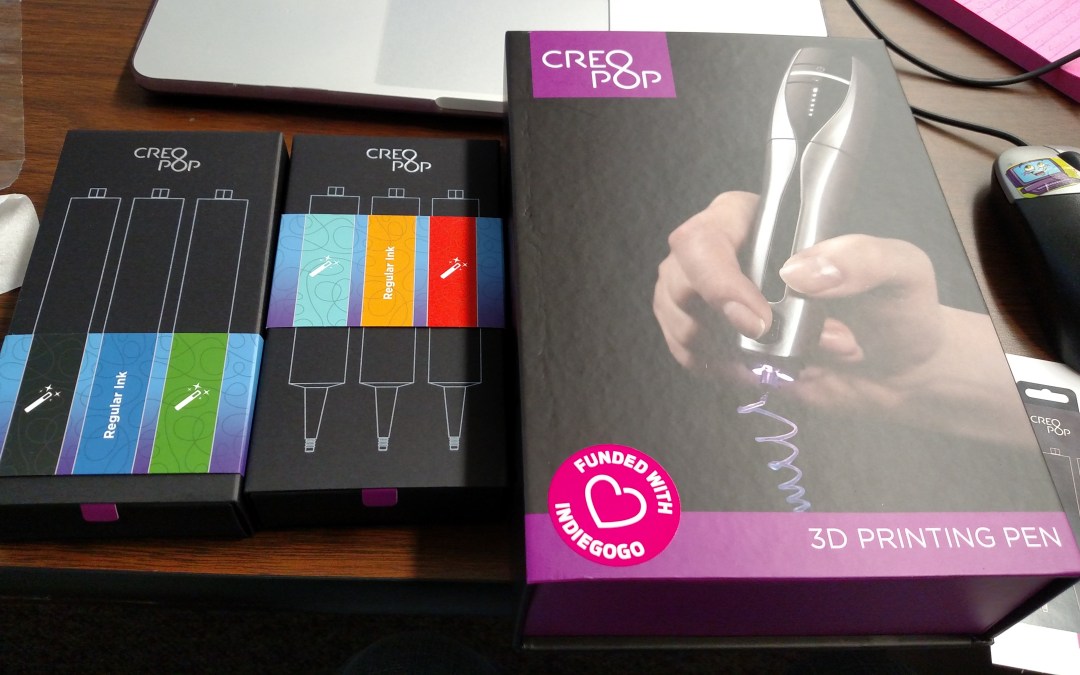 A while back, I read about a new 3D pen being developed on Indiegogo, the Creopop.  What made this pen stand out from current 3D pens such as the 3Doodler was that it was a heatless pen.  Instead of heating up and melting plastic to draw with, this pen used photopolymers and LED lights to be able to print without heat or fear of burns.  Not only did that make it more attractive as an elementary school teacher (no worrying about kids scorching themselves on it!), but it also opened up the door for many different kinds of inks.  Not only can you get the standard plastic ink, but also thermochromatic ink, aromatic ink, glow in the dark ink, and more.  They are also working on elastic, magnetic, and body paint inks.  How could I not back such an interesting product? 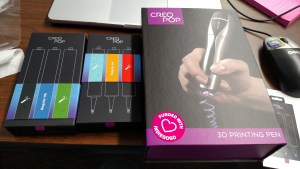 Today was the big day, my Creopop finally arrived!  I unpacked it, devoured the literature, and waited impatiently for it to charge.  (Bonus: the pen can be used wirelessly when fully charged, or use while charging with the included USB cable!)  Finally it was ready to use.  I installed my first ink cartridge, set up my included printing surface (purple, yay!), and took it for a spin.  The varying print speeds made it much easier for a 3D pen newbie such as myself to get the hang of it.  I definitely recommend the slowest speed when starting out.  After a couple of random doodles, I decided to try something a bit more complex, and created a mini boat.  It was a lot of fun! 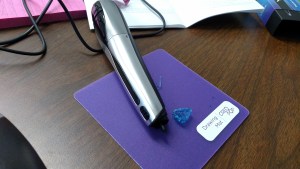 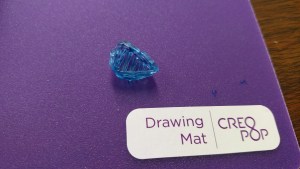 I only had time for a few minutes of experimentation before school started, so hopefully I’ll have some more insights once I have more time to play with it.  So far, though, I am pleased with Creopop pen, and I can’t wait to play with it some more.