All Aboard The FailBoat! 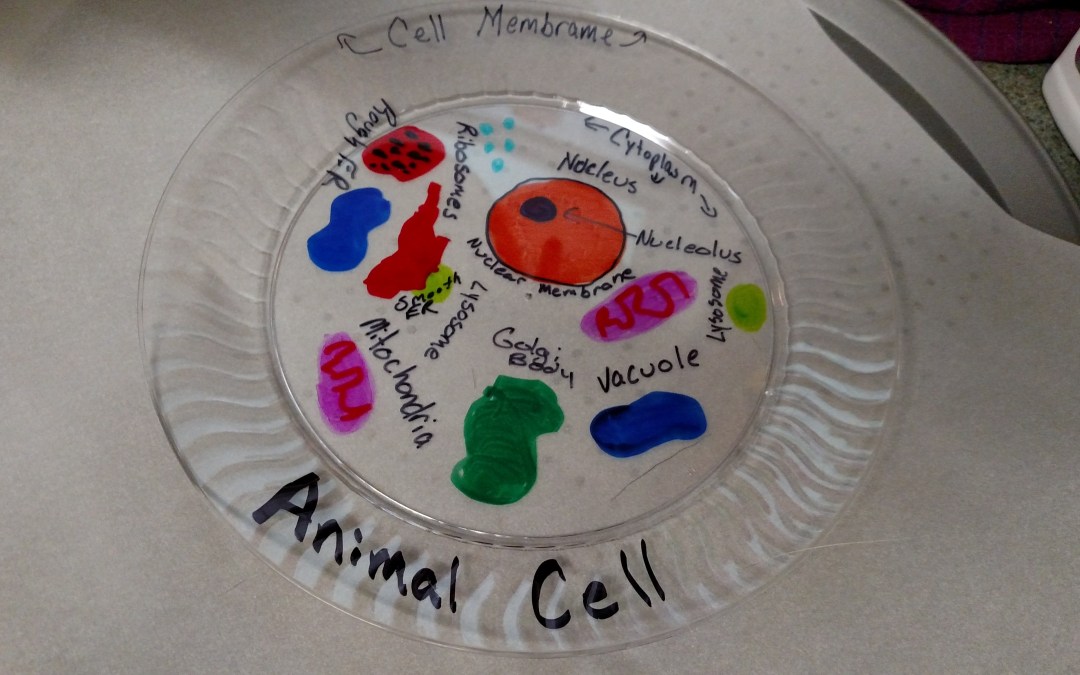 I always tell my students that fail is not a bad word.  Instead of getting upset and giving up when we fail, we need to learn from our mistakes and keep trying.  This weekend was a perfect example of failure in action.

I wanted to try making cell shrinky dinks with my 6th graders, and had come across some instructions online for making homemade shrinky dinks.  Apparently #6 plastic, often used for deli containers and the like, is supposed to be an acceptable substitute for the brand name plastic.  Since my Sam’s Club did not have deli containers, I decided to try with #6 plastic plates instead.

First step, grab some sharpies and design the cell on the plate.  I decided to try an animal cell. 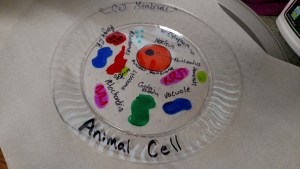 Next step, into a 350 degree oven.   I lined a pizza pan with parchment paper and stuck it in. 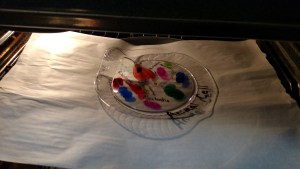 After a moment or two, the plate began the classic shrinky dink twist and morph. 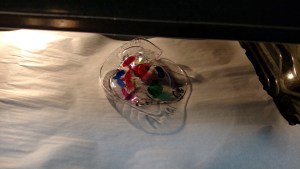 One problem…as it twisted, the softened plastic adhered to itself and couldn’t unflatten! 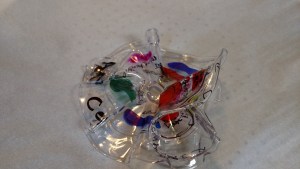 I tried to separate and flatten it by hand (wearing work gloves!), but no luck. 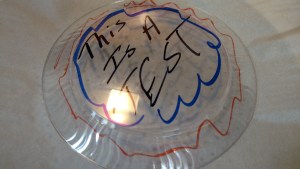 It started out much better, with only a little lifting… 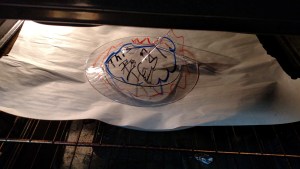 But soon the same problem appeared. 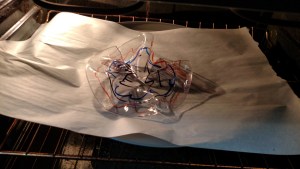 Hmmm…maybe it’s the ridged edge of the plate that is the problem.  Let’s try cutting that off and using a perfectly flat piece. 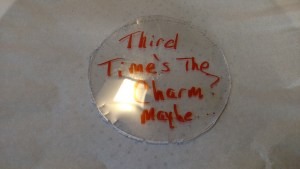 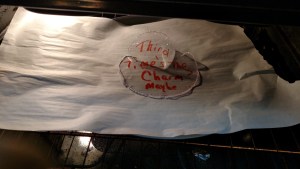 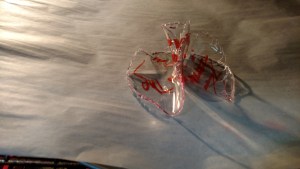 At that point, I had some very lovely suncatchers, but no successful shrinky dinks.  Still not giving up – my next step is to hit ShopRite for some deli containers and try with thinner plastic.  Perhaps it’s the thickness of the plastic that caused the warping issue.  I’ll keep you posted! 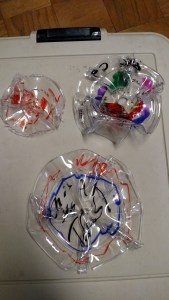 Here’s a short video of the shrinking in action.