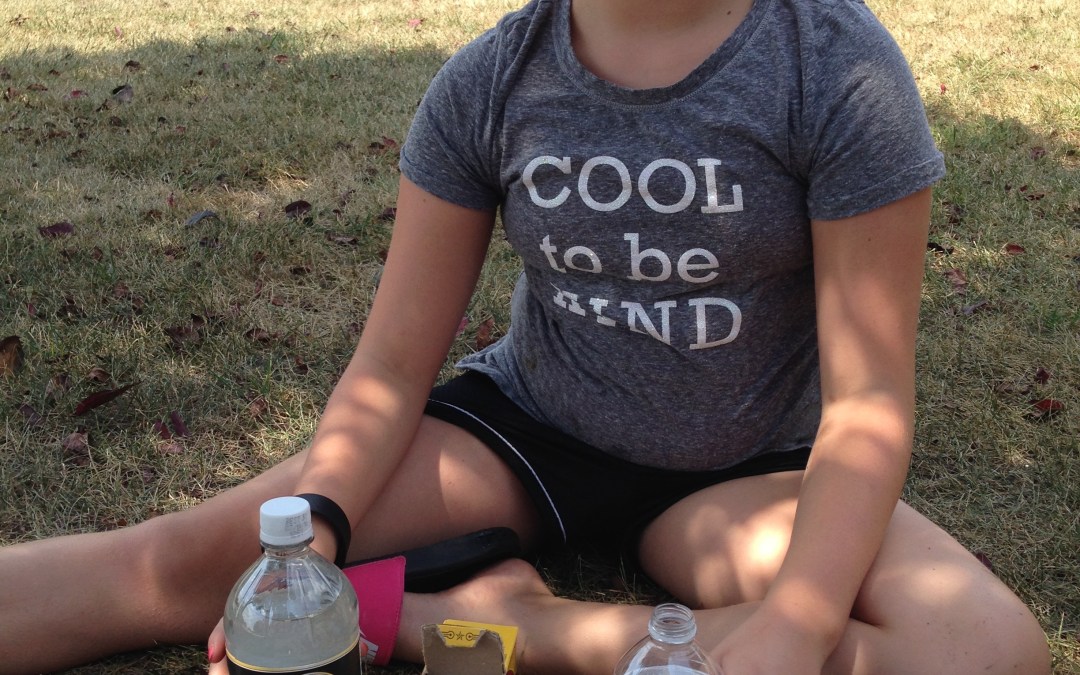 Megan had so much fun with the Pop Rocks and soda that we decided to try a similar experiment afterwards.  This time, we planned to mix vinegar and baking soda to explode balloons!  This is a great experiment to do, but I strongly recommend doing it outside. 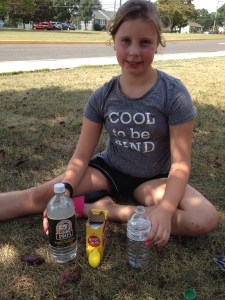 Just like with the Pop Rocks, Megan began by pouring some baking soda into a balloon.  Then she poured the vinegar into the empty bottle. 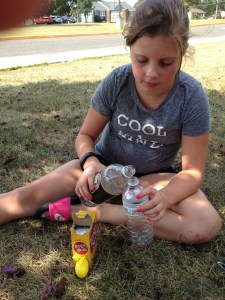 Next, she attached the balloon to the mouth of the bottle. 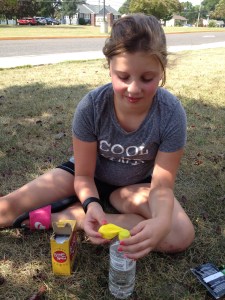 Once she tipped the baking soda out of the balloon and into the vinegar, the reaction started immediately, with great results! 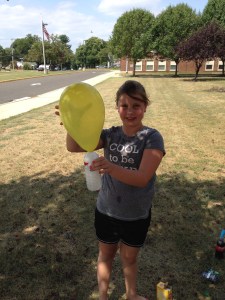 This was a much more dramatic reaction than the Pop Rocks and soda.  The balloon filled almost immediately.  Our first one did not pop, but that just meant Megan added more baking soda the second time around!

We got a good pop on the second one, although it was hard to tell if it was from the gas or from hitting the ground. Megan didn’t care, she had a great time!