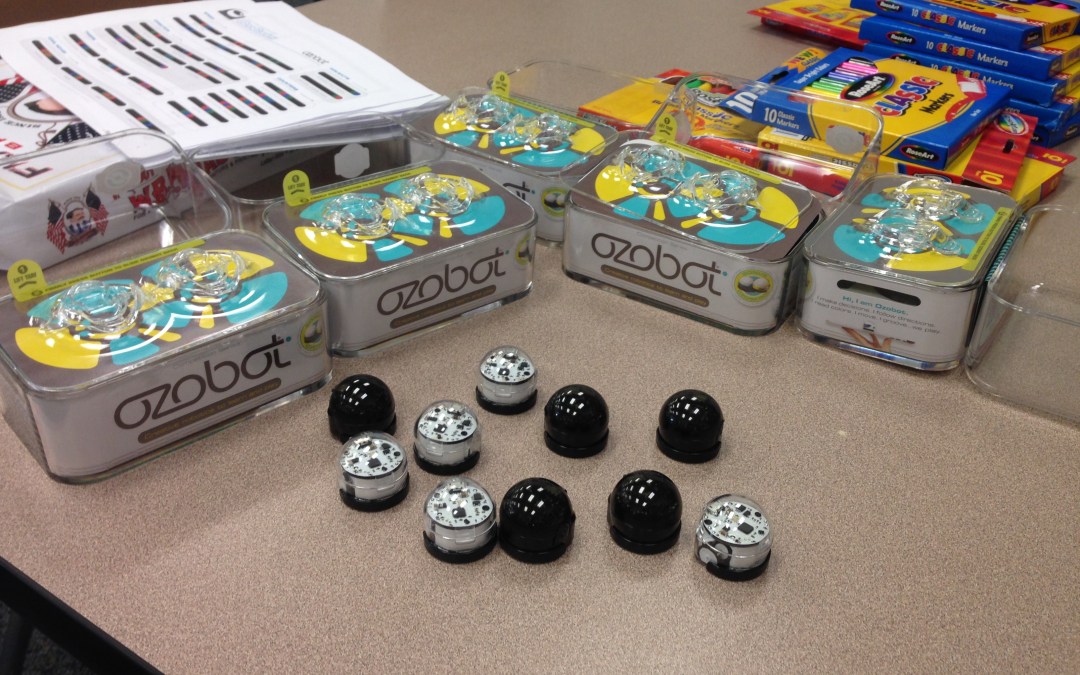 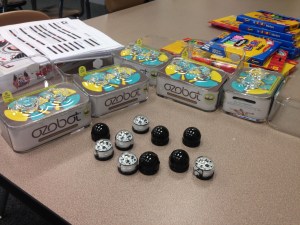 Thanks to a successful Donors Choose project, I received ten Ozobots this week.  These disgustingly cute little robots are very simple and very engaging.  Basically a dome on two wheels, the Ozobots use optical sensors to follow colored paths either on paper or on an iPad.  At its simplest, the Ozobot follows a black path wherever it goes.  What takes this beyond novelty to learning toy is the addition of color codes.  By adding a variety of color codes to the path, students can make the Ozobot perform a variety of different actions, from making a left or right turn to performing a tornado spin.  By combining various codes and paths, these little ‘bots can be programmed to perform complex actions. 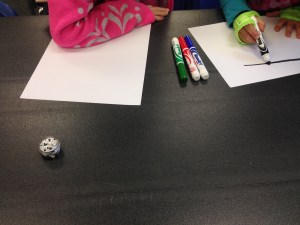 I introduced the Ozobots to my Kindergarten and First Grade students yesterday.  To say they were a huge hit would be an understatement.  The kids were completely enthralled by them.  We started with a simple introduction where we talked about the ‘bots and how they worked.  The kids learned about optical sensors and how the basic color codes worked.  I demoed a few simple paths and codes, and then the kids paired up with paper, markers, and an Ozobot to try it out.  We started with some simple paths so they could practice getting the paths the correct width, and then branched out into basic color codes.  I love how even the simplest action, such as making their ‘bot U-turn, brought ooohs, ahhhhs, and cheers! 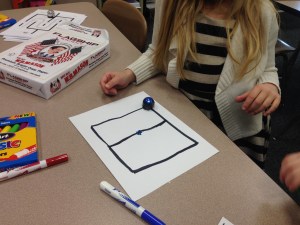 These cute ‘bots are a great way to introduce basic programming concepts to younger students.  The new tech standards for NJ call for introducing programming in Kindergarten, and this is a fun and easy way to do that.  I can also see my older students being just as excited to use them.  With my upper grades, we’ll be able to get into more complex programs and then translate that knowledge over to a program like Scratch. 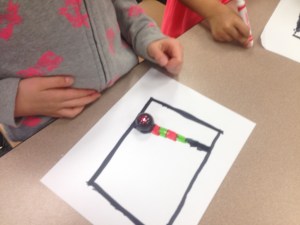 A few things I learned during our first lesson:

If you have a chance to pick up one of these nifty little robots, I highly recommend it.  Many thanks to @Kerszi for telling me about these awesome little ‘bots!