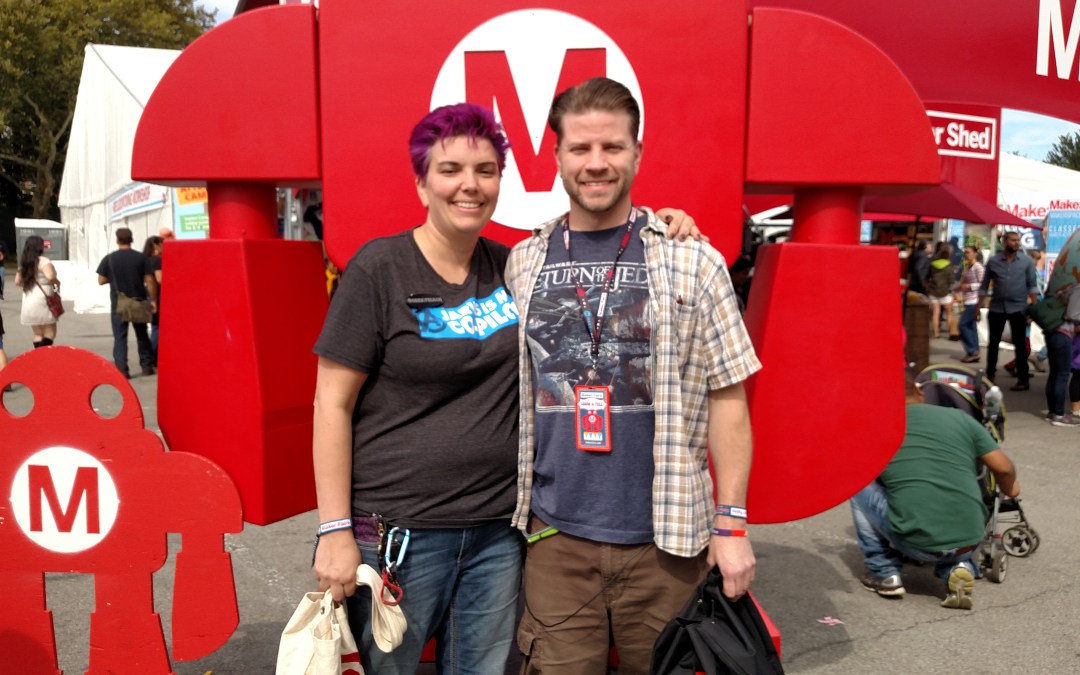 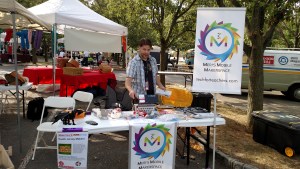 This past weekend was the most energizing and fun I have had in ages.  The Mobile Makerspace had a table at the World Maker Faire in Queens, and it was a blast.  I had been to National Maker Faire in DC early in the summer, but the World Faire totally blew it away.  We set up our table with a variety of simple hands-on activities, and were soon mobbed by children and parents.  The marshmallow catapults were a huge hit, as were the engineering activities with marshmallows, gumdrops, toothpicks, and spaghetti.  We even had one child choose building over ice cream! 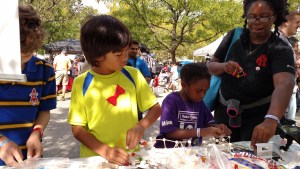 I had a ton of great help over the weekend.  @danborghoff was my main man all weekend – I would have been overwhelmed without him.  I also couldn’t have done it without my wonderful friends @iwearthecrowns, @leilaboo215, @amazingrace1214, @mr_isaacs, @pottsedtech, @artdabbler13, @fatdadjazz, and @ruriknackerud who volunteered to be Booth Babes so I could have some time to wander the Faire. 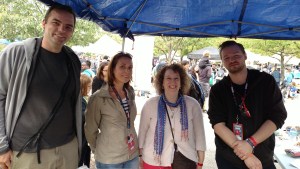 There were so many amazing exhibits and activities at the Faire that even in two days I couldn’t begin to see all of it.  No matter what your interests, there was something there for you.  You could learn to solder in the Google tent, race drones, draw circuits, learn to lockpick, and tons more.  There were endless amounts of products on display from stuff that was currently available to new devices still in prototype or idea phase. 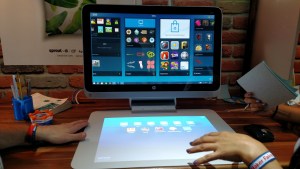 The number of applications for education that I saw during the weekend was incredible.  I was also glad to see that there was a large representation of Maker Education at the Faire.  I talked to many teachers over the two days of the Faire, and it was great to see them out in force. 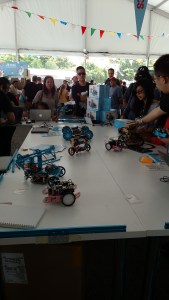 I ended up coming home late Sunday night, exhausted but ridiculously happy.  I had a wonderful time learning, getting new ideas, catching up with friends, and doing some shopping.  I picked up a micro drone, an electronic origami kit, an electronic wearables kit, and even got 3-D scanned with Dan.  Too much fun!  Now I’m looking forward to the next Faire, where the M3 booth will be even MORE amazing! 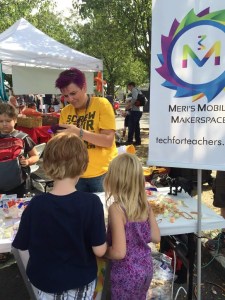