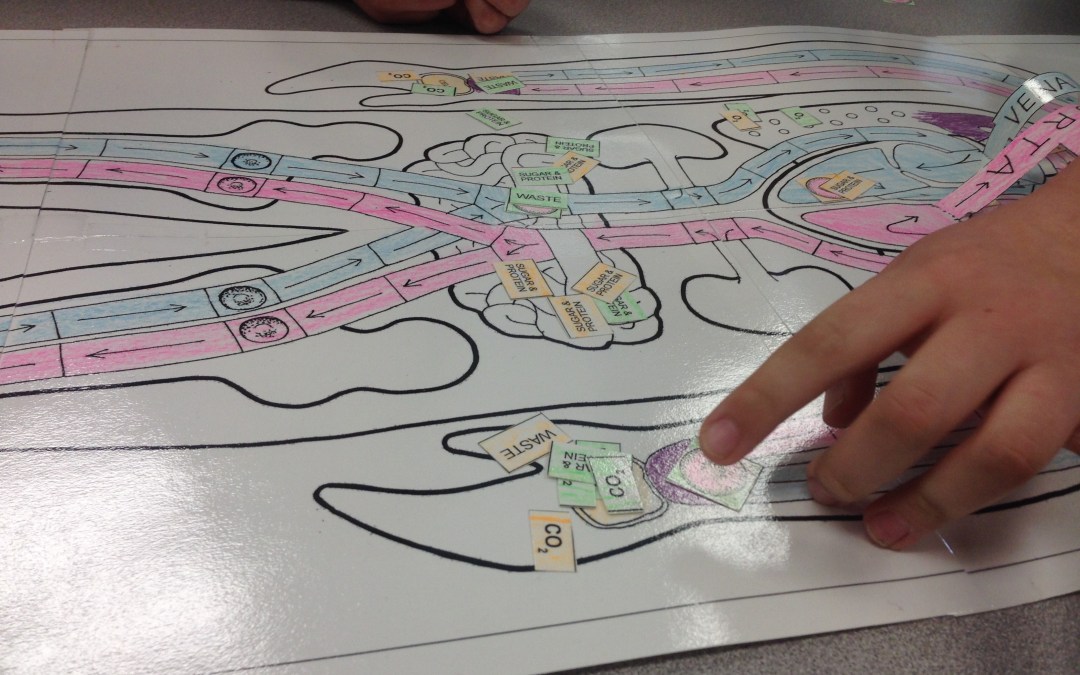 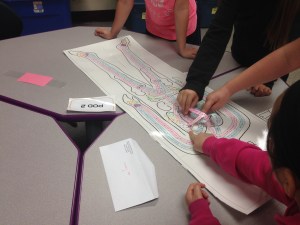 I had a request from a fourth grade teacher for a STEM lesson about human body systems.  Since that’s a pretty broad topic, we narrowed it down to the circulatory system.  After some online searching, I stumbled across this awesome circulatory system game – for free!  I printed up several game boards and pieces on card stock, assembled them, had my Minions color them for me, and then laminated them.  Yesterday afternoon my fourth grade class got to try them out. 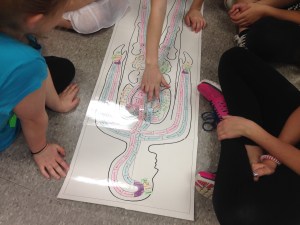 We started with a review of the systems of the body, and then focussed in on the circulatory system.  We discussed what was part of it, and what its job is.  We discussed how it transports blood around the body to deliver nutrients and oxygen and to remove carbon dioxide and waste.  After a quick overview of the rules, the kids were ready to play. 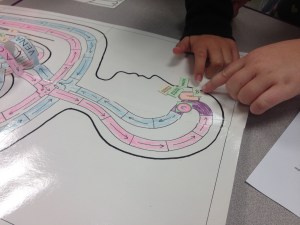 I wasn’t sure how they would react to the game, but I was pleased to hear them enjoying themselves as they played.  I overheard one student comment with excitement that they were learning while playing a game.  They were all fully engaged, and didn’t want to stop when our class period ended.  All in all, I’d say it was a success! 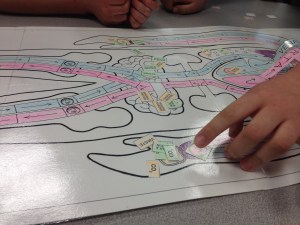 I have a few simple modifications in mind for next time.  The only real issue was that the laminated cardstock playing pieces were slippery and hard to pick up and move.  Since I have a ton of math pop cubes in the lab, I think in the future I will use them as playing pieces, especially since they can snap on top of each other.  I asked one of my student groups what they thought, and they were of the opinion that it would make it a lot easier. 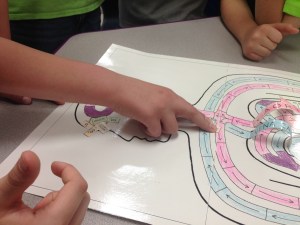 I can’t wait to try this again with another class!